Mr. Schott has over 24 years of legal and business experience with 20 years in the oil and gas industry, including a strong background in restructuring, mergers and acquisitions, public company regulations and requirements, title, energy finance, business development, general negotiations and land. Mr. Schott’s recent restructuring experience includes restructurings within and outside of bankruptcy and both public, traded on the TSX and NYSE American, and private entities.

Mr. Schott is currently an advisor to the Company (a position he has held since December 2017) and is also an advisor to other companies in various stages of growth.

Mr. Schott was recently the Interim Chief Executive Officer of EnerJex Resources, Inc., a Nevada corporation listed on the NYSE American (“EnerJex”), a position which he held from February 2017 to March 2018. As CEO, he led the restructuring efforts, cost reductions and successful completion of a merger between EnerJex and a privately held company.

Mr. Schott was previously General Counsel and Treasurer of TexOak Petro Holdings LLC (“TexOak”) and its subsidiaries including Equal Energy (“Equal”), from 2009 through August 2016, where he actively performed all legal functions, including corporate structure and governance, negotiation of oil and gas acquisitions and divestitures, drafting review and certification of all corporate and financial documents, legal and land due diligence, corporate finance, litigation management, risk management, insurance, corporate policies, and human resource management. At TexOak, Mr. Schott successfully managed two mergers including the merger with Equal, a Canadian public company dually listed on the New York Stock Exchange and the Toronto Stock Exchange and Equal’s subsequent privatization and redomestication. Mr. Schott was also instrumental in working with the CEO and the Board in guiding Petroflow’s predecessor through restructuring and bankruptcy emerging as a private company with no debt and capital to grow.

Prior to joining TexOak’s subsidiary, Petroflow, in 2005, Mr. Schott served in various senior roles with TDC Energy (“TDC”) from 1996 through 2005. Prior to TDC, Mr. Schott was an oil and gas attorney with Liskow & Lewis in New Orleans.

Mr. Schott is a graduate of Tulane University with an MBA and a Juris Doctorate. Mr. Schott is also a non-practicing unlicensed Certified Public Accountant. 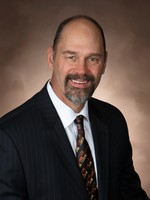 Robert Schleizer was appointed Chief Financial Officer in June 2017. He has over 30 years of financial and operational experience serving private and public companies in financial and organizational structuring, crisis management, acquisitions and divestitures, and equity and debt financings across multiple industries.

He is a co-founder of BlackBriar Advisors, LLC, a business renewal and acceleration firm, where he has served as Managing Partner since 2010. Prior to BlackBriar, Mr. Schleizer provided restructuring and refinancing financial advisory services as a Managing Director for BBK and as a Partner at Tatum LLC.

He holds a Bachelor of Science in Accounting from Arizona State University and is a Certified Insolvency Restructuring Advisor and Certified Turnaround Professional.