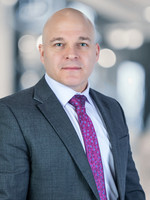 James A. Doris, has over 28 years of experience negotiating a variety of national and international business transactions, and has been the driving force behind Viking’s growth. He has assembled a sophisticated and talented operational and technical team and closed several acquisitions and financing transactions to enhance Viking’s profile in the oil and gas sector and will play an integral role in formulating and executing Camber’s strategic plan going forward. Formerly a lawyer in Canada, Mr. Doris represented domestic and foreign clients regarding their investment activities in Canada for over 17 years. Mr. Doris graduated cum laude from the University of Ottawa. Mr. Doris has been the Chief Executive Officer of Viking since December 2014.

Mr. Zeidman, Chairman Emeritus of the United States Holocaust Memorial Council was appointed by President George W. Bush in March 2002 and served in that position from 2002-2010. A prominent Houston based business and civic leader, Mr. Zeidman also is Chairman Emeritus of the University of Texas Health Science System Houston and Director and Chief Financial Officer of the Texas Heart Institute. He is on the board of the Development Corp of Israel (Israel Bonds) and served on the Board of the National World War II Museum.

Over the course of his distinguished 50 year career, Mr. Zeidman has been involved in numerous high-profile workouts, restructurings and reorganizations. He was former CEO, President and Chairman of Seitel, Inc., a Houston-based provider where he was instrumental in the successful turnaround of the Company. He held the post of Chairman of the Board and CEO of Unibar Corporation, the largest domestic independent drilling fluids company, until its sale to Anchor Drilling Fluids in 1992.

Mr. Zeidman holds a Bachelor’s degree from Washington University in St. Louis and a Master’s in Business Administration from New York University.

Mr. Miller is a retired corporate executive, having served as president and CEO of several energy companies. He has previously served on the Board of Directors of companies listed on NYSE, NASDAQ and the Australian Stock Exchange. From 2009 until 2016, Mr. Miller served as a Director of Guardian 8 Holdings. From December 31, 2010 through March 2018, he was a Director of Enerjex Resources, In. (NYSE American), an oil and gas exploration and production company, and chaired the Audit Committee. In March, 2018 Enerjex executed a merger which concluded his Board service. He also served on the Board of Trustees of The Nature Conservancy, Missouri Chapter, for 16 years and is a past Board Chair.

Mr. Miller holds a BS in Electrical Engineering and an MBA in management from the University of Wisconsin-Madison.

Robert Green, is a former Fortune 100 chief executive officer in the energy, telecommunication and utility industries, and has extensive experience in capital markets, mergers and acquisitions, and regulatory and legislative strategies. Mr. Green has served on the boards of directors of seven publicly traded companies and was elected chairman of the board of two New York Stock Exchange (NYSE) companies and three other publicly listed companies. He guided these companies and others in capital markets strategies involving initial public offerings (IPOs) and private investments with a combined value of more than $5 billion and more than 50 merger, acquisition and divestiture transactions, some of which surpassed $1 billion. Mr. Green has been a Partner at the law firm Husch Blackwell since 2003.